It has arrived, the heralded announcement of the 2008 season for the LaBoite Theatre Company. 2008 has been termed the year of "iGO" for LaBoite, which is all about welcoming back or introducing new patrons to the LaBoite Theatre Company. Over the last four years since LaBoite moved to its present location, the Creative Industries Precinct at the Queensland University of Technology, the company has seen unprecedented growth in audience numbers, the creation of 22 productions, 52 weeks of regional and national touring and the development of partnerships with major music festivals and arts organisations.

A lot has transpired for those who have been an integral part of the development of the LaBoite Theatre Company, which has become Brisbane's premier theatre company. Having been invited to attend the launch, the excitement surrounding next year's season was apparent in the enthusiasm with which it was presented. In attendance were the Playwrights and many of the actors who will be headlining the upcoming productions.

As outlined by the Artistic Director/CEO - Sean Mee, LaBoite's focus is to provide leadership and opportunity to the local industry at a grass roots level. The aim is for LaBoite to become a theatre company "artists work with rather than for" and a theatre company that is recognised nationally and internationally as a company of quality, diversity and artistic strength. LaBoite has expressed the desire to create an egalitarian ethos in its modus operandi and it is this philosophy that is behind the construction of the 2008 program.

The Danger Age, by Kate Mulvany. A LaBoite Theatre Company commission described by the playwright herself as a view of war from a positive perspective. The story is centred around a small boy trying to save his town from being sacrificed to WW2 due to the fact that they live north of a border that was created to act as a 'line in the sand' in the event of an invasion. 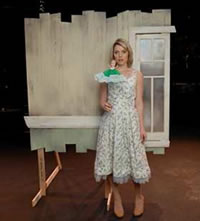 Summer of the Seventeenth Doll, by Ray Lawler. This great Australian icon is now in the hands of an eager, seasoned group of talented individuals. A small insight that was imparted by the playwright is that this classic will be facelifted into the present day exclusively for LaBoite audiences.

Kitchen Diva, by Norman Price is described as being a 'three course feast of cooking, music and mayhem'. Although the Director, Linda Hassall, went on to liken the personality of this play to a Rottweiler with a broken leg! I have already decided that based on the latter interpretation this one is a must see. 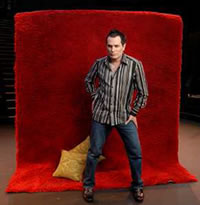 The Narcissist, by Stephen Carleton is another LaBoite Theatre Company commission. LaBoite are the proud parents of this, "their best production in years" (Courier Mail). Off the back of the popularity of it's former self The Narcissist, with an obviousness not requiring an explanation, is to be the next generation successor. This production has also landed itself on the tour trail and will feature in the Sydney Theatre Company's 08 program.

The Wishing Well, by Helen Howard and Michael Futcher is a joint Matrix Theatre production. This creation has so many layers that it would not do it justice to try and peel them back in order to sum up the story in a few sentences. The play is the manifestation of the intimate thoughts that evolve to become the experiences of a woman who is a captive in her own space and time.

Attack of the Attacking Attackers, created by Jonathon Oxlade, Matthew Ryan, Lucas Stibbard and Neridah Waters. Now if you are a fan of Tim Burton's films, I have a suspicion that this play is up your alley! This epic sounding sci-fi is attempting to take theatre where it is unsafe to go, and that is on an Ed Woodesque journey into the bush on a camping trip you wont forget or regret.

I hope that I have tempted you enough to taste, in the very least, one of these delicious morsels being served up to you by the passionate team and associated artists at the LaBoite Theatre Company. If the sound of any of these plays seems enticing or you would simply like to know more about the 08 program check out the website www.laboite.com.au

Season 08 is now live and eager to please. I must compliment the team at LaBoite for, their inspiring motivation and determination to appeal to their loyal audience and attract newcomers to the world of theatre in Brisbane.