Opening amid the bright lights and bustle of Sydney’s Vivid festival, Bangarra Dance Theatre's 10th anniversary tour of Terrain explores the timeless wonder of Kati Thanda (Lake Eyre) Australia’s largest salt lake and a landscape from where human beings draw life and express meaning to that life. It explores the fundamental connection between people and land – how our land looks after us, how we connect with its spirit, and how we regard its future.

Terrain is presented in a series of nine segments or ‘states of experiencing’ the power of an ancient land as well as the culture of the Arabunna people. The message is perhaps one of regeneration, and how both country and people, although scarred, have the ability to heal. We the colonists have much to learn about restoring country – both in an internal and external sense. To view this process of healing through an indigenous perspective becomes particularly powerful after much of the extremes of climate that have ravaged Australia in the last few years. The knowledge systems still exist in the culture of the people who have cared for these lands for centuries – we need only to open ourselves to that knowledge.

That’s a lot to say through dance, but Terrain succeeds breathtakingly in its goal. Choreographed by Bangarra’s Associate Artistic Director, Frances Rings, this award winning production is at once gorgeously fluid, yet sharp and strong. The welding together of these apparent opposites  is evident throughout all the segments and echoes the extremes found in the land being portrayed. Terrain also features an extraordinary score from Bangarra legend David Page. Using sound and ambience as often as he does music, he crafts a sense of open space within the walls of the theatre that is so skilful that even temperature was aurally evoked by this special soundscape.

The breadth of this untouched natural waterway were stylised to perfection in Jacob Nash’s simple backdrops, and lit evocatively by Karen Norris. Jennifer Irwin’s costumes were a magical fantasy of texture and colour. All created in cultural consultation with Arabunna Elder Reginald Dodd, sharing with Bangarra his role and responsibility in caring for the land, waters and precious cultural resources of the region.

This is a true company piece and the dancers are uniformly faultless. Each with a unique style, it is one of Bangarra’s great achievements that these unique talents are blended seamlessly into a cohesive ensemble while still allowing individual strengths to manifest. The nine segments give each dancer a moment to shine, and while my favourites were probably Spinifex, Scar and Landform, audiences will connect to different moments that hold personal meaning. There were moments when I doubted Ryan Pearson had a bone in his body – so fluid were his forms. I was transported by the power and control of Rikki Mason and Kallum Goolagong, and the women of Spinifex were mesmerising.

Terrain absolutely deserves its anniversary viewing, and I can’t wait to see the next work from Frances Rings when she takes the helm of Bangarra in the near future. It runs a little over an hour with no interval, leaving you plenty of time to immerse yourself in the spectacle of light currently surrounding the Opera House, and perhaps reflect a little on the country through which you are passing. Terrain may just illuminate your viewpoint in a different way. 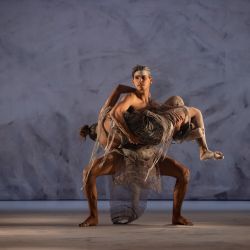 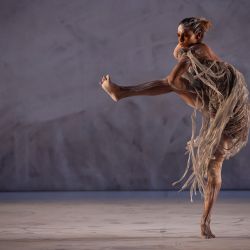 Once the Musical | Darlinghurst Theatre Company
Once is a wonderfully uplifting and touching musical. It is both an ode to Irish culture with its stirring, emotional music, humour and warmth, and a call to be brave; to seize the day. This...