When Dorothy Porter's The Monkey's Mask was published in 1994 Tim Finn read the verse novel, loved it, and approached her suggesting a collaboration. Some twenty-two years later, and eight years since Dorothy's death, audiences will finally have the opportunity to hear the result of this collaboration when The Fiery Maze premieres at Melbourne's Malthouse Theatre this week. Jan Chandler spoke with Dorothy's partner, author and creative consultant Andrea Goldsmith, about the genesis of the show. 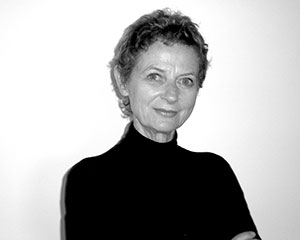 Poets rarely produce best sellers and too often are overlooked by musos when they are looking for lyricists. Dorothy Porter is an exception. Her verse novel The Monkey's Mask, a lesbian thriller, was a success as a book and was turned into a film in 2000. As a lyricist Dorothy collaborated with, amongst others, composer Jonathan Mills, writing two libretti with him, and Paul Grabowsky and Katie Noonan on BeforeTime Could Change Us which won an Aria for Best Jazz Album in 2005. Composer and musician Brett Dean based his Vexations and Devotions on Dorothy's poetry and the writings of cartoonist Michael Leunig; the work premiered at the 2006 Perth Festival.

Andrea remembers back to 1995 when Tim and Dorothy first worked together. The timing was perfect for each of them. Dorothy was being pressured to write The Monkey's Mask 2, and didn't want to. Tim was at a turning point in his own career, wanting to be more experimental he had formed a new band ALT with Andy White and Liam O’Maonlai of Ireland. 'Dot wrote the songs that make up The Fiery Maze in a period of white heat, about six weeks, and then Tim wrote the music in much the same speed.'

In the autumn of 1995 Dorothy, Tim and 22 year old Abi Tucker, a singer who had impressed Tim when he heard her belting out Hold On, I'm Coming at a Sydney concert, gathered in Tim's Melbourne studio and recorded the songs. Tim contacted Dot about using the songs in a rock opera and she wrote the first draft of a script, January; Tim put together a production team with Robyn Archer as directror. When Dot went into hospital for the last time at the end of 2008, they were rehearsing a twenty minute extract from January with the aim of presenting it to the Sydney Festival Directors the following February. Dorothy never saw the show. Andrea knew that she wanted it to go so she stepped in. 'I've always been very comfortable with Dot's poetry … I was her first reader, her editor, everything'. As a classically trained pianist Andrea was less comfortable with the rock music scene but she had always loved the songs. Despite their best efforts they were unsuccessful in finding support for the show, so early in 2010 they each went their separate ways.

Four years later Abi contacted Tim asking what had happened to the songs, in particular one of her favourites Black Water. Tim then approached Andrea with an idea for a much smaller show than had originally been planned; she loved the idea and offered to write something around the songs. Believing that the songs shoud be central to the show, Andrea moved away from Dorothy's original draft and let the songs tell the story. They tell of a wild affair, one which you throw yourself into totally, almost completely losing yourself in the other until 'If you are lucky you pull yourself out before you drown.'

September 2014 saw them workshopping the new format in Sydney over four days, with Abi singing, Tim on keyboards and drums and Brett Adams on guitar. 'Brett Adams' guitar work is just astonishing. He can make a guitar sound like anything. And Abi …!' On the final evening they invited Anne-Louise Sarks (Direction) and Nick Schlieper (Design) along. They loved the show and the result is the current season at The Malthouse. 'It's been a journey but we all feel that it was all about the songs, it was in 1995 and that's what it is now.'

In her role as Creative Consultant Andrea has drawn on her intimate knowledge of Dorothy's poetry, her skills as a novelist, and her knowledge of music. She may be classically trained but 'being the age that I am I obviously know popular music too' and, she adds with a laugh, my role is after all an advisory one. The four days in Sydney saw them working 'amazingly well ... Everyone came together with such a good feeling. It was amazing … everything seemed to sync together. There were pretty much no disagreements … everyone wanted it to work because we all love the songs.'.

Andrea believes that the music is the best Tim Finn has ever written 'because it has that extra luminous something' only music can possess. 'It's kind of rock but it's lyrical rock … and there's jazzy parts, bluesy parts, a huge amount of variety.' Without dialogue the audience will be carried along by the songs, by Abi's performance, and by the design. Nick's staging and the lighting supplies 'a lot of the fabulous emotional connective tissue. It's divine I'm telling you'. Hopefully the audience will be taken on a journey and left wanting more. As a writer you want there to be a resonance 'when people close the covers of your book, or the CD finishes, or you finish the book of poetry. It may be that evening, tomorrow or next month, something happens in your life that connects with the imaginative space that has been created by that work. That's how insights come about and that's wonderful'.

Dorothy was 'a poet for the people. Dot always believed that just as poets were the rock stars in Ancient Greece, so they ought to be here. The collaboration with Tim was going to give her the rock star status that she believed poets rightly deserve.' It's been a long journey but everyone is excited by what they have achieved. The hope is that there will be many more shows, and perhaps a CD, as none of them wants the songs to be lost.