Having heard Brett Sheehy speak at the patrons’ launch of the 2011 program, his fierce passion for the Melbourne Festival is absolutely captivating. Touted as being “significantly different from its predecessors”, the operative words are definitely international and pan-cultural this Festival, setting to debut new and emerging artists from, literally, all corners of the world. In the midst of launching the Festival program, Anna Lozynski speaks with visionary and ambitious artistic lead, Brett Sheehy. 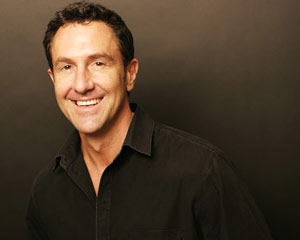 Your leadership of the Melbourne Arts Festival has been lauded to date. How will this year’s festival continue to astonish and challenge Melbourne’s audiences?
The central themes and threads of the 2011 Festival revolve around protest and revolution, call-to-action, people assembling to affect change for the good. Countries of origin for the artists visiting Melbourne include Russia, India and Sudan, Indonesia, Japan, Democratic Republic of the Congo and the People’s Republic of China, Iraq, Lithuania, Ireland, South Africa, Syria, Israel and Ukraine. This has been partly happenstance, and partly my wish to keep the Festival personally challenging, moving the model in a new direction.

Melbourne audiences will again be exposed to a raft of artists whom Australia has never seen. There’s enormous risk in that, not relying on the tried and true, and pushing audiences into new dialogues with new artists, but I believe that’s the job. This is balanced with furthering key relationships with certain artists and companies like the Schaubuehne Berlin or Hofesh Shechter.

And then there’s the outdoor art. Seven epic sculptures by the Russian art collective AES+F and the lighting installations Cacophony by The Electric Canvas will give the Festival a 24/7 street presence in the CBD like never before.

Tell us about the rationale behind the choice of motif for the program guide?
This is a first, if ever, that we have used an image from a specific production for the program guide cover, and that image is one of the seven outdoor sculptures by AES+F. These artists first came to my attention at the Sydney Biennale several years ago, and then in 2007 they were the toast of the Venice Biennale with their digital video work The Last Riot, which I then presented at the 2008 Adelaide Festival. I have watched them with interest ever since, and when the French city of Lille was announced as the the UNESCO European Capital of Culture in 2009, Lille commissioned from AES+F this suite of sculptures, titled Angels and Demons - Parade.

For the first time since their Lille debut, these seven extraordinary works will leave their French warehouse to be ‘reborn’. They are cherubic babies morphed into what have been called apocalyptic sentinels, with reptilian tails and batlike wings, each 5.5 to 7.5 metres in height, and swathed in a high gloss black resin polished to a mirror finish. During the festival, these will form the spine of the city from Swanston Street to St Kilda Road.

These public art works are gorgeously crafted, eye-popping, playful, impossible to ignore and, I think impossible to dislike, in the same vein as Jeff Koons’ Puppy at the 1996 Sydney Festival, which John Kaldor and the MCA commissioned.

Is there anything you would have done differently in terms of shaping this year’s festival?
Overall, I am very happy with it. Within the confines of financial resources, the levels of risk are substantial and exciting, though calculated; the diversity of the work across artforms and across cultures is high; and the balance between international and national work matches the intention.

Have you directly noticed any international fallout in the arts following the global financial crisis?
Yes. Some artists are addressing this catastrophe directly in their art, so there’s an immediate response. Generally, Europe feels depressed in terms of financial resources for the arts. Most galling is the political use of the GFC as an excuse to slash arts’ budgets in some countries. In my view, it is incredibly short-sighted and naïve, given the degree to which culture drives European tourism, let alone international cachet in terms of cultural export and exchange. In The Netherlands, for example, which from my own research (and I admit I’m not an economist) seems to have survived the crisis quite well, there are very serious calls for massive arts cuts by the Right, and I have twice now been asked to provide (and have provided) lobbying support for major arts organisations under serious threat.

On the up side (which is very limited), it has meant our buying power is greater for artists’ fees, benefitting from the strength of the Australian dollar. Many of our costs include flights, freight and accommodation, so it is not as great a saving as one thinks. In fact, artists’ fees comprise a relatively small sector of the program budget.

What have been your greatest wins or achievements for the 2011 program?
This is hard for me to judge in the lead up to the festival. Watching the meteoric rise of contemporary Chinese visual art this past decade with untrammeled awe, it was a mystery as to why the visual medium was rattling cages from Shanghai to Moscow to Sao Paulo to Paris, but Chinese theatre and performance were still largely mired in a traditional, distant past. So I looked and looked, and while I found many a traditional Chinese ballet and opera, Rhinocerous in Love was the obvious fit for the Festival which aims to explore the forward edge of artistic practice. In my view, this piece of theatre which we’re co-presenting with our friends at Brisbane Festival and the OzAsia Festival in Adelaide, and which I saw in Beijing last November, will forever redefine how this country views Chinese theatre, and will prove it is as vibrant, compelling, original, entertaining and urgently relevant.

The debut of Sudanese rapper and hip-hop star Emmanuel Jal, both in music and in a public forum with the Wheeler Centre is a thrill. Emmanuel was a Sudanese child soldier and his story is an horrific but absolutely pertinent one for our times.

Notes From The Hard Road And Beyond. I am amazed we managed to secure Joss Stone, the double-Grammy winning singer. She is so young and brilliant, just 24, and in such demand around the world. Stone will perform alongside Emmanuel, The Black Arm Band, Paul Dempsey, Mavis Staples, Rickie Lee Jones, Archie Roach and more, in our celebration of protest music from the 60s through to the most contemporary Indigenous protest music of this decade.

It is a miracle we have the Schaubuehne’s Hedda Gabler, because our Hedda, Katharina Schuttler, is such an eminent film actress in Europe with an incredibly tight film schedule.

Our Oratorio Requiem, Kursk by David Chisholm, is a massive undertaking which has been three years in the making. Having violist Maxim Rysanov’s exclusive Australian debut is a great coup.

Every artist’s presence is an honour, and it is a ‘win’ every time a great artist presents work for us.

If one were new to the arts scene, and wanted to capture the essence of the festival, which performances would you recommend?
I always construct festivals with easy access points or doors through which any member of the community can comfortably enter, even those who’ve never purchased a ticket to an arts event. Once they’ve entered that door it’s my job to make sure their experience is enjoyable and ignites further curiosity.

On the opening weekend, one would be encouraged to take advantage of the photo opportunity by strolling down Swanston Street and St Kilda Road to see the Angels and Demons.

One should also linger in the Arts Centre Gardens to watch our spectacular son et lumiere Cacophopny, which will run from dusk until 1am every night, and is free for all. Then try Tom Tom Crew, our urban street circus including acrobatics, hip-hop, beat-boxing, break-dancing and fantastic music, reminiscent of Stomp and Tap Dogs when I first saw each of those shows. Next, see The Manganiyar Seduction which is 80 minutes of sonic majesty from 42 Rajasthani musicians in a great Vegas-like staging.

For an epic closing night, finish at the Music Bowl to observe a celebration of music from the revolutionary to the redemptive in Notes From The Hard Road And Beyond.

So it’s been an amazing almost two years at the helm. What is your one piece of advice you wish to pass onto your successor?
Not to listen to anyone’s advice, including mine! If pressed, I would advise to follow your own vision and passions, and find people whose opening line to you is not “You know what I think you should do...”, but is “How can I help you achieve what you want to do?” It is the rare and valuable allies who embrace your vision and want to help you realise it who are the festival’s greatest assets.

Finally, give us an insight into what you will be doing between now and opening night of the festival?
Press – lots of press! Between the launch and the opening, my job is to be the facilitator between the visions of our artists and the audiences to whom the artists seek to communicate their visions. So I will talk about the program, incessantly, to make sure Melbourne understands what the work is and why I believe they should experience it.

I’ll be closely monitoring the development of our world premiere events (as all producers should) since they don’t yet exist and are still being created; I’ll be reviewing surtitles for any glitches in translation or incongruities; I’ll keep in touch with the artists, checking in on their satisfaction with how their relationship with the Festival is progressing prior to their opening night; I’ll be looking at ads and marketing campaigns, learning from our terrific team as much as contributing my own thoughts; attending pre-Festival sponsor and patrons functions and so on.

I’m also in full swing planning the 2012 Festival, since many of the international components for next year need to be locked in now (companies tend to schedule at the very least a calendar year ahead, and sometimes two and three years ahead).

On a non-Festival note, I’ll also be shedding stress and hyper-activity by cycling and frequenting the gym; I’ll be losing myself in a cinema every now and then which is the only place I can shut off the ‘analysing what’s on stage’ button; and I’ll be chilling with my friends, especially as we explore more and more restaurants, since I’m still a relatively new-comer to Melbourne.