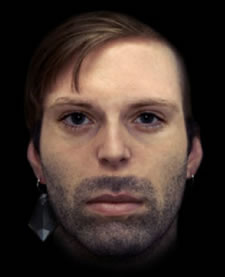 A nettled thicket of social critique, violently funny and hysterically violent, the theatre of Eugène Ionesco is a theatre of modern entropy. His plays observe, with thinly veiled cynicism, the gradual but inevitable breakdown of manmade systems of rational order: language, law and the democratic process all give way in Ionesco under the weight of man’s innate barbarism. Writing in the bloody middle of years of the twentieth century, when art and theatre were afforded a political importance it no longer seems possible to believe in, Ionesco’s work was clearly a product of - and occasionally an allegory for - its times. It says something, both of the work’s potency as theatre and of the troubled state of contemporary affairs, that his work still remains of such interest and so eerie relevant today.

A fine example of how one might tap into this relevance was provided recently by the University of Ballarat Arts Academy, whose production of one of the playwright’s late works, Killing Game, without ever overstating its case or lapsing into post-modern pastiche, appropriated the iconography of the war or terror and applied it with wit and intelligence to the play’s more general critique of human nature. The production was by turns hilarious and terrifying, not to mention positively epic in ambition. That it was a student production just made it all the more impressive.

Paul Terrell’s production of Ionesco’s first play, The Bald Soprano, is by comparison a far more modest achievement. This itself is no bad thing and nor is it surprising: The Bald Soprano, after all, is also a far more modest play. Indeed, where Killing Game is epic in scope, and Ignite’s recent production of Artaud’s Jet of Blood (another show to which Soprano seems particularly indebted) is nightmarishly burlesque, The Bald Soprano, at least in this interpretation, is very much a chamber piece - albeit one in which the chamber in question gradually falls to pieces.

There is a lot to like here. The performances are particularly strong, and the characters - by which I mean caricatures - are drawn with surprising attention to detail. With the exception of Anthony Couroupis, whose smoothish face, by no fault of its own, betrays the actor’s youth, the cartoonish physicality of the actors is realised wonderfully. Similarly, with the exception of Tobias Manderson-Glavin, whose accent never quite makes it to London with the rest of his elongated body, the cast’s vocal characterisations work a treat. The female actors are routinely excellent. Decked out in garish habit of hot pink, Natalie Gee’s maid is a mechanical idiot with a laugh like a malfunctioning gattling gun; H. Clare Callow’s Mrs. Martin is - quite plainly - a dour bitch. The standout performance, however, is Marita Fox as Mrs. Smith, who, from the moment she opens her mean little mouth - and again, moments later, when she runs across the room and greedily mounts her husband - firmly establishes herself as an oversexed wench with a none too subtle taste for the macabre. She could have been lifted straight from the pages of some dirty little nineteenth century novella.

The stagecraft is solid, and occasionally very playful, but dramatically problematic. There’s a keen sense of composition in some of Terrell’s blocking and some simple yet effective synchronisations of voice, light and music. Mostly, however, these various inventions are employed solely for comic effect, which would be fine if not for the fact that they also tend to neuter some of the piece’s more disturbing or disquieting elements. There is a real cleverness, for example, in setting Mr. and Mrs. Martin’s first scene together to music, but I can’t help but feel that the point of the exchange - its implied comment on the banal stupidity of polite discourse - gets lost somewhere between the downbeat and the audience’s laugh. This is not to deny that the scene has comic potential or to suggest that this comic potential shouldn’t be tapped; rather it is to note that, in formally overstating this element of the scene, whether intentionally or otherwise, one simultaneously simplifies or restricts the scene, denying it its other, more polemical, power.

This, unfortunately, is what strikes one most about The Bald Soprano. However much one admires certain aspects of the production, and however much it makes one laugh, it never quite feels that the play is all there: the nettle has been denied its sting. Only rarely does one sense the presence of something darker and more disquieting in the production; only once, when the fireman’s tongue is removed towards the end, does the behaviour of the bourgeois party guests inspire the necessary rise of bile that it must and probably should do more often. Ionesco’s theatre is a double-edged sword, pivoting ambiguously between comedy and terror; its power lies in the masterful manner in which it manages to cut both ways at once. Terrell’s production, by contrast, denies the text this inherent dynamism. It allows the absurd to be a cartoon but only very rarely a nightmare.