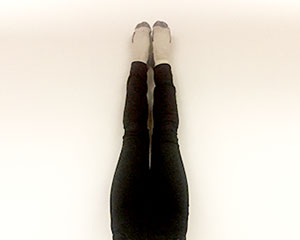 What I knew about The Vagina Monologues prior to seeing this local production at The Butterfly Club: it's a controversial piece of theatre that has been around since the mid-90s; something about Whoopi Goldberg being involved in one production; there might have been a movie version; it's basically a bunch of women talking about their vaginas.

My preconceptions prior to seeing this production (featuring Dayna Boase, Luci Klendo and Linda Cookson): It is theatre for chicks; it's probably anti-male; even though I quite like vagina's it's probably not my kind of theatre because I'm not a chick; in spite of its longevity and apparent critical acclaim, it's probably really just novelty theatre because how can you have a show that runs for an hour that's just women talking about their vaginas?

(I'd like to add here that the only show I could think of that has also been around for many years and is about penises is Puppetry Of The Penis, in which, as far as I know, some men get up on stage and basically play with their willies. I'm not suggesting for a minute that the underlying political, social and cultural explorations of Vagina Monologues and the blatant childishness of Puppetry says anything relevant about the differences between the sexes... no wait – maybe that's exactly what I'm suggesting... hmm).

What I knew about VM was a result of background noise, and I was pretty correct about it all. As to my preconceptions... pretty much, all completely wrong. These were my interpretations of the facts, and wow, I really was very wrong on all counts.

At this point, I'd like to say that if you consider yourself a thinking male and you've read this far but haven't actually seen VM, take that step and go see it. I found it by turns funny, sad, tragic, entertaining and somewhat – just by the nature of the thing – educational (that's the wrong word... enlightening? I don't know – just go see it and you'll know what I mean).

Written by American playwright Eve Ensler, VM is a selection of a collection of around 200 interviews in which a wide variety of women discuss various aspect of their vagina and experiences being women. There really is a broad range of topics, ideas, histories and stories. This is not novelty theatre. It's important theatre, which is obviously why it has been doing the rounds for so long. Duh.

There were many favourite sections, but I'm reluctant to go into too much detail. There was an alphabetised section in which all the imaginable nicknames for the vagina were covered; the personification section in what would your vagina wear/say etc; there were accounts of women who were variously ashamed or ultimately proud of their vaginas; the c-bomb was reclaimed in dynamic fashion; and much more. All accounts felt deeply personal, coming from existences that most of us are blessed to only be able to imagine.

And obviously, as men, we can only imagine the significant impact on a human-being that having a vagina can have; we can only imagine what it is like to be a woman. At various times throughout, I found myself wondering, really? That has happened? That happened to you? You were made to feel that way? Someone did that to you?

Actually, another preconception I had was that this would be a confronting piece of theatre. I was correct here. In parts it was – albeit poetically – highly confronting, but in the way that the miraculously natural process of a painful birth is confronting. I was happy to be confronted by these very real stories.

The performances were solid as the three performers took on a myriad of characters, each having their moment to shine, all clearly enjoying performing.

I can't compare this production to others, as many probably can, but I do know I found it very satisfying theatre indeed. For me, the best theatre makes us laugh and it makes us cry as it gives us a glimpse into the lives of others. Women will, of course, recognise and definitely empathise. They will attend and will enjoy. I just hope more men go along for this short season, because they will also enjoy some quality theatre. It's definitely feminist in nature (ultimately asking, as it does, is this fair? Or perhaps making the statement, this just isn't fucking fair!), but unless you are sexist, what's the problem with that?


The Butterfly Club presents
The Vagina Monologues
by Eve Ensler