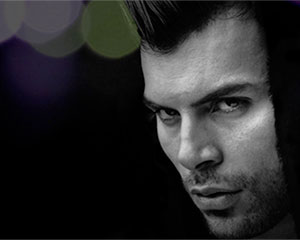 At one stage one of the world’s most famous and widely-performed operas, Charles-François Gounod’s five act masterpiece, Faust, is a tale of temptation, romance and the age-old battle between good and evil. It is a tale well-known by many, but the beauty of the West Australian Opera’s most recent offering is that David McVicar is at the helm as director, and that means that the tale has been transported back to Gounod’s birthplace. And what better locale than 1870s Paris to conjure up the decadence and debauchery that infuses this classic tale? Certainly, one is able to sympathise with the eponymous Faust, who no doubt envisaged something of the bright lights and dizzying hedonism of nineteenth-century Paris when he surrendered his soul to Méphistophélès.

The curtain rises on a disillusioned, world-weary, Faust (Patrick O’Halloran), whose renunciation of God and subsequent invocation of the devil summons the figure of Méphistophélès (played by a wickedly entertaining Teddy Tahu Rhodes). In exchange for his soul, he learns, he will have returned to him his good looks and youth, and while this is almost enough to entice him, it is Méphistophélès’ conjuring up of the image of the beautiful Marguerite that eventually sways Faust. This first act sets into motion the tragic events of the following four acts which chronicle the seduction and subsequent betrayal of the innocent Marguerite, evoking in the viewer their own set of ethical dilemmas, prompting us to consider what our own responses would have been, given Faust’s opportunity.

As a work, Faust is a troubling meditation on weighty themes such as redemption, religion, sin and morality, but in this case, the undertaking is a pleasant one, the issues brought to life by a cast of talented and entertaining performers. Patrick O’Halloran is perfect as the internally-conflicted Faust, his engaging performance bolstered by powerful vocals and an impressive range. Played with infinite swagger, Teddy Tahu Rhodes, (who has previously wowed as the titular character in Opera Australia’s Don Giovanni) sexes up Méphistophélès, making him the kind of guy you’d be forgiven for selling your soul to. Finally, sweet, naïve Marguerite is perfectly brought to life by the talented Natalie Aroyan, whose impressive upper register is evident in her pitch-perfect rendition of Faust’s famous “Jewel Song,” as well as in the final impassioned trio between herself, Faust and Méphistophélès.

Charles Edwards has done a remarkable job with David McVicar’s vision for Faust, giving us a taste of the grandeur and grime of Paris just prior to the Franco-Prussian war, with grand scale cathedrals, a recreation of the Church of Saint-Séverin and the spooky, hell-themed delights of Cabaret L’Enfer (complete with scantily-clad dancers and risqué dance moves).

Despite their seeming simplicity, the melodies that populate Faust are known for their technical difficulty, but they are executed with precision by WASO under the direction of conductor Brad Cohen, who brings Gounod’s lush orchestration to the fore, providing the perfect backdrop for some of the opera’s most recognizable tunes, such as the famous “Soldier’s Chorus” and “Jewel Song.”

Altogether, the production is a remarkable success due to its compelling lead performances, strong supporting cast, and visually-spectacular set design. Don’t sell your soul to get tickets, but by all means do whatever is within your power to make it to Faust this season.