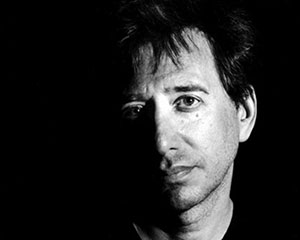 A Festival of Arts is the exact vehicle for experimental  and new music, and the Adelaide Festival is to be congratulated for bringing this extraordinary musician and his troupe to expand the Adelaide musical horizon. But that doesn’t mean you have to enjoy it.

Again, the musicians involved in these presentations are acknowledged leaders in their fields, and masters of their instruments – the Elision Ensemble and the Adelaide Symphony Orchestra in the Classical Marathon, and Zorn’s hand-picked colleagues in the Triple Bill concerts. But that doesn’t mean the sounds they make are universally appreciated.

Zorn’s “classical” music played by the Elision Ensemble, conducted by David Fulmer, consisted of a lot of toots, whistles, plunks and booms, lots of rising and falling glissandos, and crescendos to a sudden stop, in fact lots of stops and starts, and pops and farts, often sounding like the players making noises with their instruments simply because they can. But there was apparently more order in it that that, as Fulmer’s angular and spidery conducting indicated, reflecting much of the style of the music, but clearly being knowledgeably in control.

This takes the genre of Stockhausen and Webern further, and it is certainly worth exploring the extent of instruments’ capacities, as well as human endurance. But while it still doesn’t mean you have to enjoy it, it certainly provokes consideration of the question of the purpose of music, as well as how to write such sounds down.

Two expert bass clarinettists (Carl Rosman and Richard Hayes) confronted each other in tuneless sonic gymnastics, again testing the extremities of the instrument. The spaghetti of cords for all the mikes (even to drums) amongst the music stands evoked the cacophony of chords and other sounds from the instruments.

After an hour, some stood to applaud, others walked out.

The ASO had a somewhat easier time of it, (although multiple keyboard player Jamie Cock was kept very busy) and there were some truly beautiful moments in a piece called Kol Nidre – 8  which was redolent of Arvo Pärt. The orchestra responded to Fulmer’s clear direction, producing shimmering and sustained sounds as tension builds, indicating something dramatic is about to happen, and it usually does. Zorn’s music is certainly original, contrasting and dramatic. Whether it is appealing or enlightening is for each to judge.

The Triple Bill concert featured several ensembles, including one group who accompanied four avant-garde short films in the dark. This music was much more accessible, even if the films were particularly esoteric and unremarkable, and the relation of music to film was questionable.

But the concert started with Bladerunner: John Zorn making a saxophone do amazing things that would never have been dreamed of by Adolphe Sax, improvising with electric bassist Bill Laswell, and powerful drummer Dave Lombardo – all superb exponents of their instrument. This extremely vigorous trio extended the limits of sonority of their instruments beyond music to noise in a series of testosterone filled orgasmic climaxes teetering on the brink of the pain threshold of human aural tolerance.

The final segment was a fascinating display of  group improvisation as Zorn directs his “game piece” Cobra, with his extraordinary troupe of musicians – eleven men and one woman – in which he is “conductor, signal caller and ringleader” directing who plays what and when, with a series of cards and hand signals, to remarkable effect. It is a fascinating way to make music – especially if it made nicer sounds. Sometimes the players seemed to be playing “I can be madder than you”, all pushing their instruments to the limit, as typifies Zorn’s approach.

So this amazing music is certainly experimental, somewhat self-indulgent, but is it “new”? Is Zorn a genius creating a whole new musical architecture? Will it last? Is it just for musicians? Many people laud him to the skies. Or – call me Philistine – could it be a case of “the Emperor’s new clothes?”