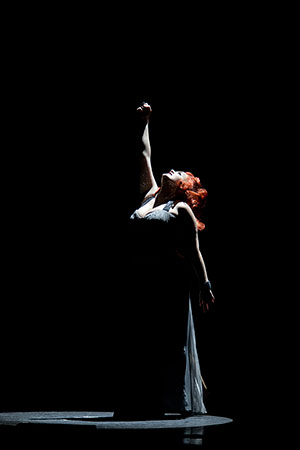 “Go home,” David Atkins told the audience as the cast took their umteenth bow and grinned out in exhausted ecstasy at the full house, all still on their feet, cheering, whistling and applauding after nearly 10 minutes of encores and bows.

It was an extraordinary homecoming, both for Hot Shoe Shuffle and for Atkins, who is both the mastermind behind the original and the only member of the original cast to be performing in the current version.

It is 21 years since Hot Shoe Shuffle hit a humble stage in Sydney in 1992 – and was immediately snapped up to by a London talent scout. After some wrangling to keep the full Australian cast, the show became the first all-Aussie musical to hit the West End.

The show was also a watershed for many of the cast: Atkins went on to achieve acclaim, awards and an OAM for his work in entertainment, most notably at the Sydney Olympic Games, while his co-star, Rhonda Burchmore became the leading lady (and legs) of Australian dance-musicals and his co-choreographer Dein Perry became a household name for his work in Tap Dogs and the all-male dance style it begat.

A pretty tough act to follow then – however the new crew do it perfect justice, and even manage to add their own style and verve to what is a fluid, living thing.

The show is a show-within-a-show on many different levels, both in the story and in reality.

The seven brothers Tap (yes, that’s the surname – first names Spring, Slap, Buck, Wing, Tip, Tap and Slide) are summoned to hear their long-lost dad’s will, only to be told they must put on his trademark dance show within four weeks or lose the cash. Oh, and their long-lost sister has to be in it, too.

Is April really their sister? And how can they work with a girl who seems to have two left feet? Meanwhile, April has longed to be part of the legendary Tap family since she was a child…

OK so the storyline is a bit light-on, with no pretence at being any more than a method of delivering some stunning song and dance, but the tale is delivered with such winning honesty and humour – with modern references thrown in and tongue-in-cheek asides to the audience – that it is easily forgiven.

Where the storyline does shine, however, is in giving the cast a chance to deliver some excellent physical acting, whether it’s hamming up some fast-paced slapstick, making a mock fist of simple (for them) dance steps or – a personal favourite – the delightful drunk scene, complete with bent lamp-posts, after the Tap brothers hit the city bars for the night.

However, the real-life family links and back story are almost more attention-grabbing: both Dein Perry and his brother Sheldon were in the original cast; now, while serving as alternate for David Atkins’ roles in the current show, Wayne Scott Kermond can proudly watch his son Zan in the role of Tip.

Meanwhile, young Jaz Flowers (Hairspray), playing April, reveals she first fell in love with tap after watching Hot Shoe Shuffle at the age of four, and used to practise while watching the video with her brother – only she always bagged David Atkins’ role of Spring for herself.

“I never thought that Hot Shoe would come back,” Flowers, now 25, told The Weekly Review last month. “I never felt as passionate about a show as this one. Nothing in the past 25 years of my existence has influenced me as much as Hot Shoe Shuffle.”

Flowers’ voice is a pleasure to listen to, ranging from the quieter solo numbers such as I Get Along Without You Very Well to the rip-roaring big-band numbers or the Gershwins’ How Long Has This Been Going On.

Playing to an audience with a good share of adoring cognoscenti, Irish-born Bobby Fox (Riverdance, Jersey Boys) – who plays the ‘senior’ Tap son, Spring – earned spontaneous applause for suddenly breaking into his Irish dance routine, and other solos from him won their own standing ovation for their complexity, speed and delivery.

But throughout the show, the mostly male cast display the most mind-boggling levels of fitness, showing that their singing skills are no lesser than their dance skills – and that they are more than capable of delivering both at the same time.

The Big Band support is constantly spot on, flourishing under the leadership of David Stratton.

And the costume department deserves its own mention for a delivering a wide-ranging wardrobe that cleverly marries ’30s and ’40s style with modern colours and detailing. Oh, and for innovative use of LED lighting.

Hot Shoe Shuffle was written as a tribute to the jazz-age stars that brought glamour to dance musicals, and it is full of that era’s music, including Duke Ellington, George and Ira Gershwin, Cab Calloway and Irving Berlin.

For anyone who loves Tap dance or this style of music, the show is a given success, but even for newbies or take-it-or-leave-it folk, the show is a delight. Brimming with talent and good vibes, it is sure to be a hit. The only question is how big and for how long. And how many kids take up tap as a result.